Dr. Susanne Fuchs, Head of Research Area 1 Laboratory Phonology, has been included in the international excellence portal for female scientists AcademiaNet. She was nominated by the Leibniz Association.

The main focus of Susanne Fuchs' research are the biopsychosocial foundations of speech and language and their multimodal manifestations in human interactions. In more recent works, Susanne Fuchs is increasingly considering the situational context, such as simultaneous speech and movement, and she tries to apply her results to everyday situations. She follows theories of embodiment without losing sight of other approaches.

The database of profiles of excellent female researchers from all disciplines was launched in 2010 by the Robert Bosch Stiftung in cooperation with the publishing company "Spektrum der Wissenschaft" and partners from industry and science. AcademiaNet is designed to make it easier for decision-makers to find female scientists for appointment procedures, as speakers for conferences, as experts for scientific committees, or as reviewers. Unlike other portals, the female scientists do not join themselves, but are selected according to strict criteria following a nomination by a scientific organization. 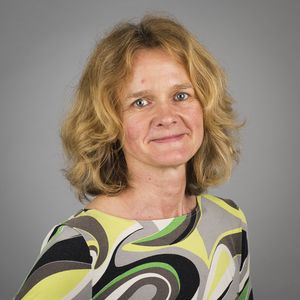