Christian Döhler received the Georg-von-der-Gabelentz-award by the Association for Linguistic Typology for his grammar on the Komnzo language. The grammar was found to be particularly well-organized, reader-friendly, typologically informative, and reasonably compact.

Komnzo is a seriously endangered language spoken in Papua New Guinea.Before the publication of this grammar, the Komnzo language had been virtually unknown and unstudied, and in view of its state of serious endangerment the task of its description was of extreme urgency. It was also considered an asset of this grammar that it is published as open access, with the accompanying base data also being accessible on the internet.

The Georg von der Gabelentz award was established to encourage and honour achievements in the field of documenting the world’s linguistic diversity through the writing of reference grammars. It is named after comparative linguist Georg von der Gabelentz (1840-1893), who wrote a famous reference grammar of Chinese and is also responsible for the introduction of the term “typology” in linguistics.

Link to the grammar

Information about the Georg-von-der-Gabelentz Award 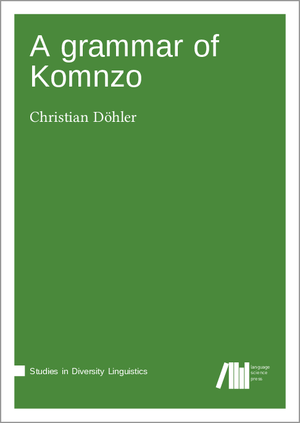