Results of the final round:
The 10 best pupils of the 2nd round took part in the final round on 13-14.06.2020. The final round took place online. After a day of intensive online training with the participation of scientists from several countries (Christian Döhler (ZAS); Doreen Georgi (Universität Potsdam); Daniel Rucki (Polen); Bruno L'Astorina (Brasilien)), a three-hour written exam was written under video supervision the following day. The four best qualified for the German national team and were to travel to Latvia for the International Linguistics Olympics 2020. Unfortunately, the International Olympics were cancelled due to the Corona Pandemic and postponed to July 19 to 23, 2021 at the same location in Ventspils, Latvia.

The 4 best of the final round (German national team):

Other participants in the final round (in alphabetical order):

The tasks for the 2nd round of the German national selection competition will be sent to the 30 students by e-mail on 16 March.

The first round of the German national selection competition was very well attended. A total of 150 people interested in linguistics from all federal states tried their hand at the tasks and did very well overall. (The distribution of points can be found here).
Here you can try the tasks of the 1st round from 2020.
The next round is for those who have scored at least 33 points. Altogether 30 students will be admitted to the next round. The tasks will be activated from mid-March and will be open for two weeks.

The International Linguistics Olympiad 2020 was planned to take place from 20 to 24 July 2020 in Ventspils, Latvia.

The participants of the final round 2020 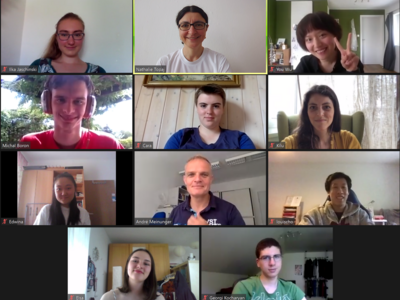