The Laboratory for Psycholinguistics was settled in early 2015 out of a growing necessity in ZAS to use psycholinguistic methods to experimentally test formal theories in pronoun resolution, grammar and semantics. In the meantime, these methods have also been applied in other areas of research, such as studies on discourse phenomena and the on visual context effects on language learning/processing, studies at the interface between pragmatics, phonology and morphosyntax.

The experiments use modern methods such as the measurement of eye-movement (using visual world paradigm (VWP) and reading paradigm), reaction times, and mouse tracking, but also traditional methods such as grammaticality and acceptability judgement tasks.

E-Prime provides a flexible and robust user interface for programming experiments consisting of a combination of text, images, and audio and video files. E-Prime simplifies the pre-processing of the collected data (e.g. reaction times, marksmanship, etc.) in different formats.

Mousetracker method confronts subjects with a computer-based task by clicking on the desired option with their computer mouse that records mouse movements in real time.

The establishment of the local network to which the computers are connected, it is possible to conduct interactive experiments in real time. The four separate computer (acquired in 2021) workstations in the laboratory allow several test subjects to be tested simultaneously (as well as separately), resulting in a more efficient data collection process.

The laboratory is equipped with the devices for experiment‘s planning and programming and data analysis. The lab organizes tours and workshops for university students and researchers at ZAS and in Berlin and beyond. Undergraduates, doctoral students, and early postdocs can learn the application of the diverse methods in the psycholinguistic research both theoretically and practically. Thus, the laboratory is an excellent place for psycholinguistic experimental work for researchers during all career stages. Moreover, the lab offers internship for students. 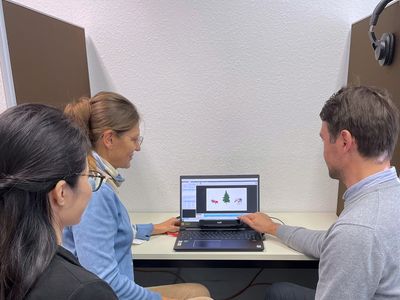 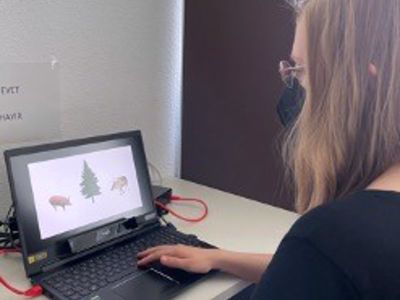 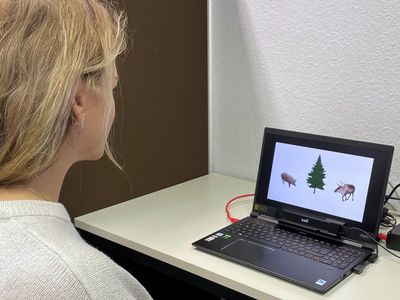 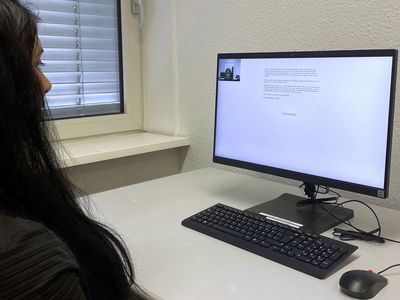 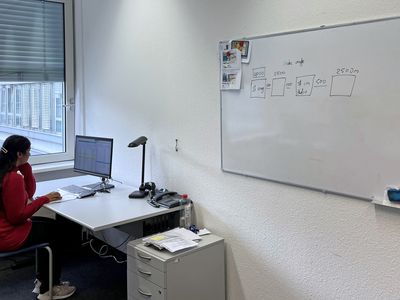 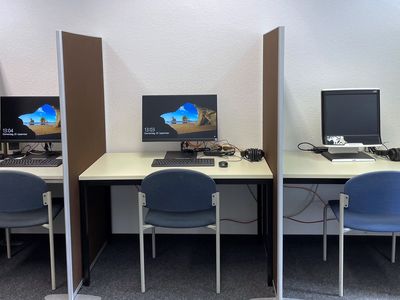