What we lose when a language dies

For the opening of the exhibition "Was fremde Sprachen anders machen" at the Berlin Museum für Kommunikation, Wiebke Bergemann interviewed, among others, Frank Seifart on German broadcast station Deutschlandfunk, who is in charge of the exhibition as chairman of the Society for Threatened Languages. Seifart, who currently works as a guest researcher at ZAS, reports on some of the results of his many years of field work with the Bora Indians in the Amazon region. 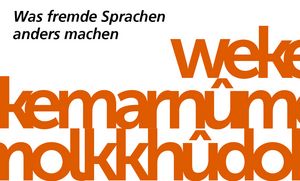