The doctoral thesis by Dr. Nathalie Topaj on "Grammatical and pragmatic use of referential expressions in picture-based narratives of bilingual and monolingual children in Russian and German" is published now and open accessible at https://edoc.hu-berlin.de/handle/18452/22426.

In her thesis, she investigates the question of how bilingual Russian-German children use referential expressions such as pronouns or nominal expressions for introducing, maintaining and reintroducing referents in comparison to monolingual Russian and German children. The data are based on narratives of picture stories; around 130 children aged four to six in St. Petersburg and Berlin took part in the study. The main result: After some language developmental differences in younger children, bilingual children use the respective repertoire of referential means surprisingly target-like by age six at the latest, despite the large differences between the languages.

Nathalie Topaj is a research associate in the Research Area II 'Language Development & Multilingualism'. She is coordinator and project manager of the Berlin Interdisciplinary Network for Multilingualism (BIVEM) and the Interdisciplinary Research Network (IFV). Her research focuses on bilingual language acquisition, in particular narrative skills and reference, the development of language support materials and tests in various languages, and training modules for pedagogical professionals. She also offers seminars and advice on multilingual education for parents and institutions. 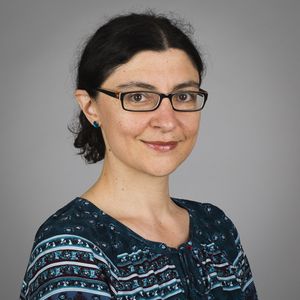