Social meaning deals with exploring the beliefs, stances and attitudes about language as they exist in the respective social worlds of speakers and hearers. Also, speakers' linguistic choices have the potential to index their properties, attitudes and stances, and these aspects of meaning can interact in complex ways with logical meaning and pragmatic inferences. For example, once a linguistic variant has been recognized as belonging to a specific context or social group, it can be used to index membership in and identification with this group. On the interpretive end, the recognition of such a variant can be used to attribute positive or negative values or moral judgements to the speaker and his or her identification with social communities. In our work, we explore how language ideologies link implicit and explicit assumptions about language and social meanings to the use of such variants indicating how linguistic beliefs are linked to the broader social and cultural systems to which speakers and hearers belong.

Several third party funded projects are contributing to this research topic: the Marie-Curie-project How Language is used to oppress (Popa-Wyatt), three projects within the collaborative research center (CRC) on Register (a) Variation in situated interaction (Jannedy), (b) Speaker’s choices in a creole context: Bislama and Morisien (Krifka & Veenstra) and (c) Modeling meaning-driven register variation (Solt & Sauerland) and the Marie Curie ITN grant (within Conversational brains: COBRA) Communicative alignment at the physiological level (Fuchs). A further project contributing to this research topic is the DFG-project  The interrelation between social gender and grammatical gender: A novel socio-theoretical approach (Steriopolo). 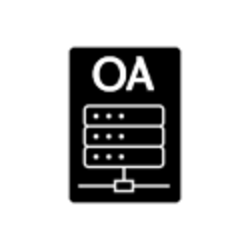