The Laboratory for Psycholinguistics was established in early 2015 out of a growing interest in ZAS to use psycholinguistic methods to experimentally test formal theories in semantics and pragmatics. In the meantime, these methods have also been applied in other areas of research, such as studies at the interface between pragmatics and phonology and studies of discourse phenomena at the word and sentence levels.

The experiments use modern methods such as the measurement of reaction times, reading times, gaze and mouse movements, but also traditional methods such as grammaticality and acceptability judgements. In addition, thanks to the local network to which the computers are connected, it is possible to conduct interactive experiments in real time. The four separate computer workstations in the laboratory allow several test subjects to be tested simultaneously, resulting in a more efficient data collection process. In 2017, LingEX, a registration system for linguistic studies, was established at ZAS. Interested participants can register for linguistic experiments at ZAS and Humboldt University Berlin.

E-Prime provides a flexible and robust user interface for programming experiments consisting of a combination of text, images, and audio and video files. E-Prime simplifies the pre-processing of the collected data by allowing to export different experimental variables (e.g. reaction times, marksmanship, etc.) individually and in different formats. The program can also be used - in combination with recording devices - to investigate aspects of speech production.

The Tobii T60 Eyetracker allows with the matching software Tobii STUDIO a recording of eye movements and a simple data analysis. In addition, the laboratory has a Tobii extension package for E-Prime. This allows the measurements of eye movements to be integrated into an existing experiment.

Mousetracker is a software developed by Prof. Jon Freeman at NYU to record mouse movements in real time. In a mouse tracker experiment, subjects are confronted with a computer task in which they have to choose between several options by clicking on the desired option with their computer mouse. The analysis of mouse movements makes it possible to follow the psychological decision-making process. This makes it possible to draw conclusions about individual aspects of speech processing.

The laboratory was designed as a place where not only the execution, but also the planning and programming of experiments and data analysis is possible. The regular laboratory meetings offer ZAS employees and external scientists the opportunity to present and discuss ongoing projects. Thus, the laboratory is an excellent place of work for linguistics students, post-docs and established scientists who want to incorporate experimental methods into their own research.

The laboratory team works closely with linguists and psycholinguists from other universities and institutions, such as the FU, HU, University of Potsdam and the XPrag.de network. 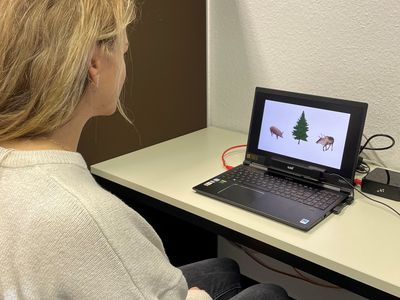 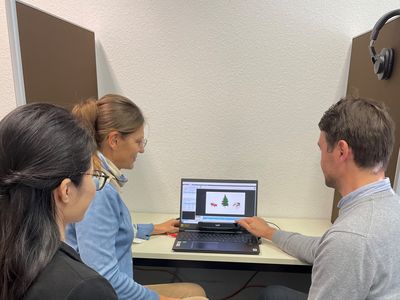 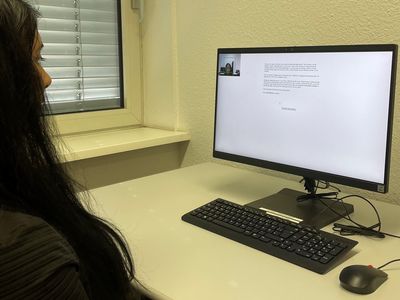