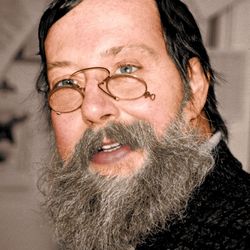 Founder of the ZAS Phonetics Laboratory †

Prof. Dr. Bernd Pompino-Marschall was the founder of the Phonetics Laboratory at ZAS. After working at the University of Munich, he built up the Phonetics Department at the ZAS from 1993 until he accepted a professorship at the Humboldt-Universität zu Berlin in 2001. Afterwards, he continued to actively support the further development of the research area Laboratory Phonology at the ZAS.
Bernd Pompino-Marschall died in August 2018.