The Leibniz Research Network Biodiversity has published "10 Must-Dos". The occasion is this year's United Nations World Conference on Nature COP15. The 10 key areas point out ways for policy makers and society to stop further loss of biodiversity and ecosystems and to promote biodiversity. Tonjes Veenstra of ZAS is one voice of the researchers who contributed to the “10 Must-Dos".

Biological, sociocultural and linguistic diversity are closely intertwined. The areas with the highest biodiversity have a particularly high number of indigenous speakers. Through their languages, knowledge is transmitted with the associated practices for the protection of natural habitats. However, the existence of indigenous languages is threatened by the same actors that threaten biodiversity.

“About 5,000 indigenous peoples remaining on earth depend on an intact nature as hunters, gatherers, and fishermen. By losing their languages, we not only lose their knowledge about biodiversity, but also their traditional ecological knowledge that is fundamental in preserving and sustaining their natural habitat. Therefore, granting land titles to indigenous peoples and local communities is of the utmost importance to the retention of their knowledge of the surroundings they live in”, says Tonjes Veenstra.

The link to the network's press release can be found here. 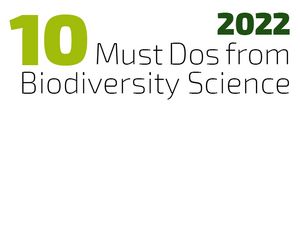