Gregory Scontras, Associate Professor at University of California, Irvine, will join ZAS as a fellow from September 2021 to October 2021. He directs the meaning lab at the Department of Language Science at UC Irvine. Trained as a formal semanticist and computational cognitive scientist, his work investigates the mental representations of our language and the computational system that manipulates them. As part of his collaboration with the ZAS Research Area FB4, he plans to offer hands-on training on computational cognitive models of language understanding, which connects with several ongoing and planned modeling projects at ZAS. Specifically, he will be working with Drs. Stephanie Solt, Roland Mühlenbernd, and Prof. Dr. Uli Sauerland on their project modeling meaning-driven register variation (ModMean) using structured probabilistic models to formally explicate intra-speaker variation. Beyond the ModMean project, he hopes to contribute to several additional areas, including exploring meaning-based language change as part of the DIALOGA project, the application of information-theoretic complexity metrics as part of the LeibnizDream project, refining formal models of quantifier scope ambiguity as part of MUQTASP, computational and corpus-based explorations of QUDs as part of QUD Gen, as well as several projects exploring grammatical measurement and degrees. 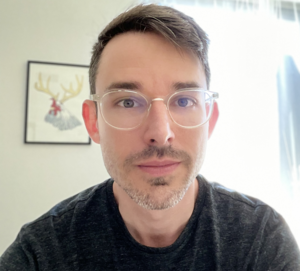