Dr. Adina Camelia Bleotu, Teaching Assistant at the English Department of the Faculty of Foreign Languages and Literatures, University of Bucharest, will join ZAS as a fellow from October 2021 to March 2022. Adina Camelia Bleotu earned her PhD at Ca' Foscari University, Venice with a thesis dealing with the theory of denominal verbs. She then moved to a more experimental area of linguistics, working on various language acquisition experiments on recursion and implicatures (during an ICUB grant and research stays at ZAS Berlin and UMass Amherst), as well as on psycholinguistic studies on agreement attraction errors (during a Fulbright Grant at UMass Amherst). As a research fellow at ZAS, Adina Camelia Bleotu will work on several topics in the domain of Semantics & Pragmatics together with Anton Benz, Uli Sauerland, Andreea Nicolae and Nicole Gotzner (University of Postdam, former ZAS). She will investigate various types of embedded implicatures (quantifiers embedded under quantifiers versus quantifiers embedded under modals), in an effort to understand the semantic and pragmatic differences between quantifiers and modal items in adult and child Romanian. She will then look at the interaction between necessity modality and negation in adult English and adult and child Romanian, in an attempt to see whether children prefer stronger readings (where negation scopes over modality) over weaker ones (where negation scopes under modality) and why (not). She will further investigate indirect inferences with several modal adverbs in Romanian by means of the Shadow Play Paradigm. 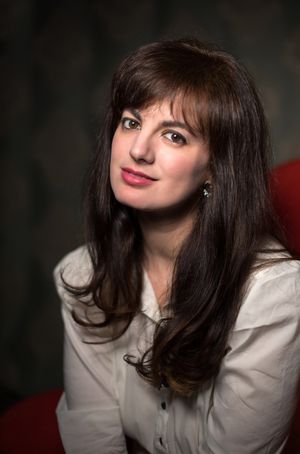